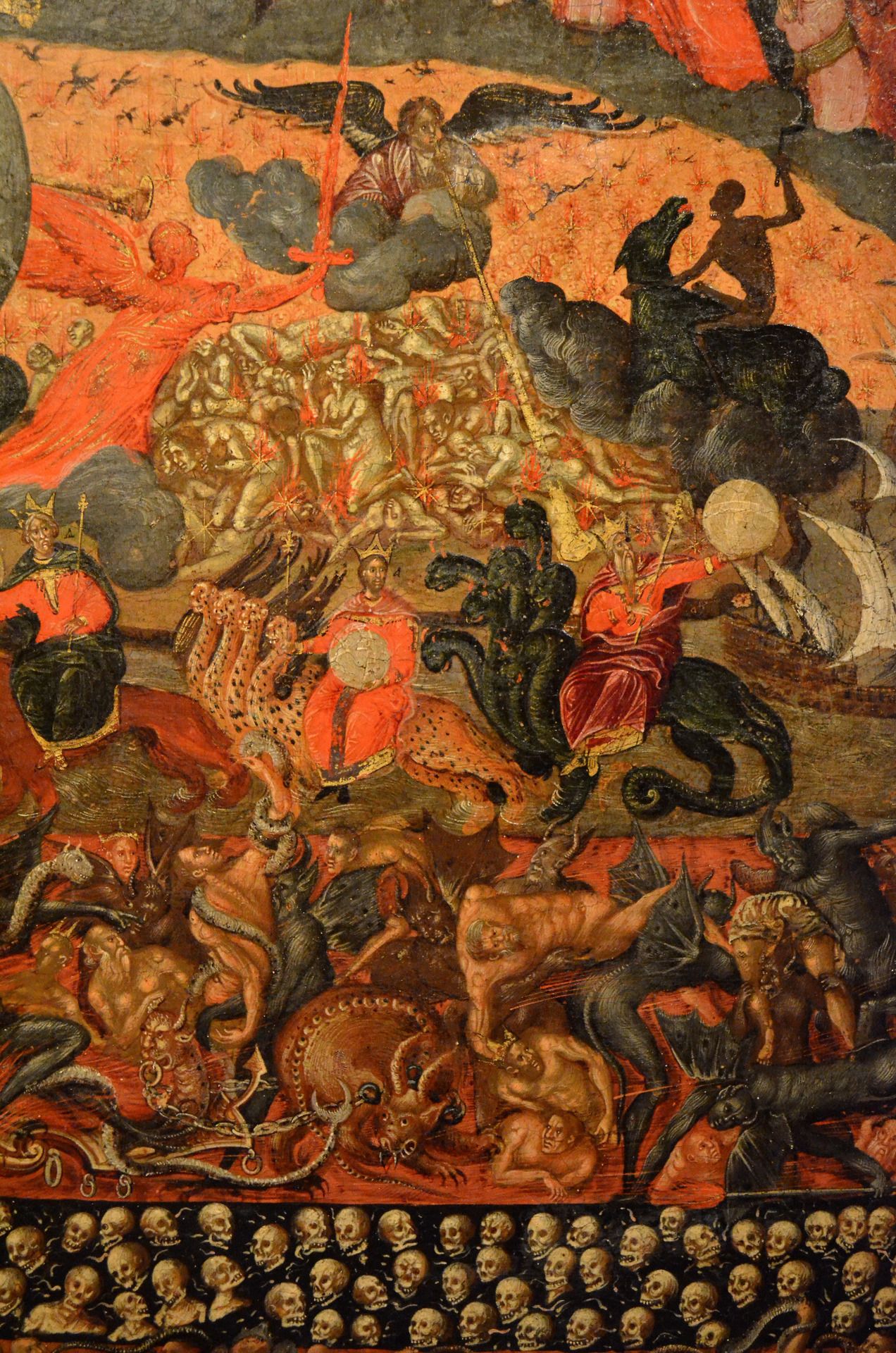 Is hell a real fire? Could it be? If it were, why would God create this fire? Does He want to chastise us forever? Many Christians and non-Christians alike have serious difficulties in approaching a God that would let people burn for eternity. In fact, this misrepresentation of God’s wrath or His cruel punishment has led many not only to NOT believe in the Christian God, but also to unjustly hate Him.

When His Holiness Pope Shenouda, of Thrice Blessed Memory, was once asked if hell was a real fire. His answer was clear: no, it is not! Actually, believing that hell is a real fire is an offense to God’s fatherhood. As a matter of fact, imagine an earthly father who wants to punish his child for a certain misdeed usually punishes mercifully and/or justly. He does so because the father is setting a consequence for pedagogical reasons—meaning to teach the child how to live properly. He doesn’t punish out of spite, or out of vengeance simply because he loves his child and wants the best for them. Any parent would easily understand this concept. If you are not a parent, think about it from the perspective of a sibling or a friend. Imagine that this sibling or friend is being tortured in a fire here on earth for an evil they did commit. Therefore, they are guilty. Would we bear to see this person burn in front of you? Would we not want to get them out of the fire? Would we not have compassion? We would. Even a non-Christian would. Because, ultimately, all humans are born in the image of God and each of us relatively reflects God’s beauty. If we would not bear to see our friend or child in this fire, can we really envision that God would purposely punish his children in such a fire, albeit sometimes they might be evil?

If we believe this, we suggest that we are a better parent, friend or sibling than God, which cannot be. For instance, we sometimes hear of stories of parents that endure their children even in very evil or difficult circumstances and still try to show compassion and win their children over. Can these people be better than God? Can one father be more compassionate than Our Heavenly Father?

The Bible gives the answer, in Luke 11, when one of Christ’s disciples asked Him to teach them how to pray. He responded with the “Our Father” prayer, continued speaking about prayer and concluded with the following saying:

What He means here is that if a son asks for something good, will you give something evil in return? Then He continues:

“If you then, being evil, (relatively not good in comparison to God) know how to give good gifts to your children, how much more will your heavenly Father give the Holy Spirit to those who ask Him!”

Here, there is a clear contrast between the Heavenly Fatherhood and the earthly one and how the heavenly one is much superior.

It must be clear that we are not stating here that hell is a breeze. Hell is painful, but for different reasons. It is not a physical burning fire created to punish us for eternity, as many believe. In addition to the main argument of the Fatherhood of God, there are several other points worth considering. For example, when Jesus was speaking to the Jews, in John 5:29, He mentioned that those who have done good will be raised to the resurrection of life; and those who have done evil, to the resurrection of condemnation. So both good and evil will be resurrected. In discussing this resurrection, St. Paul says in Philippians:

“For our citizenship is in heaven, from which we also eagerly wait for the Savior, the Lord Jesus Christ, who will transform our lowly body that it may be conformed to His glorious body (talking about Christ’s body after the resurrection)…”

Now, Christ’s resurrected body did not have the same characteristics as our current earthly bodies. For instance, as the disciples of Emmaus were describing their encounter with Christ to the other disciples, Jesus suddenly stood in the midst of them. Again, in John 20, when St. Thomas didn’t believe the resurrection of the Lord, St. John writes that as the door was shut, Jesus stood in the midst of them. This spiritual body clearly doesn’t have the same characteristics as the earthly one. In 1st Corinthians 15, St. Paul refers to a difference between the natural body (which is the earthly one) and another body, which he calls the spiritual body. The question therefore becomes “can this spiritual body be affected by earthly fire?” An earthly body could be affected by earthly fire; however, a spiritual body could be affected by spiritual fire. Now, the question is, “what is this spiritual fire?” Before answering, here is an additional argument in Matthew 18, when Christ says:

“But the sons of the kingdom (referring to the Jews) will be cast out into outer darkness. There will be weeping and gnashing of teeth.”

Christ, here, refers to the eternal condemnation as “darkness”, not as fire which produces light. Also, He refers to the “gnashing of teeth.” Real fire would cause someone to scream, not to gnash his teeth. It is likely then, that these verses should not be understood literarily. So when the Bible talks about a lake of fire, it is talking about spiritual fire.

Thus, what is this spiritual fire? Let us turn to St. Anthony and see how he describes God and His relationship to humanity:

“He [God] is good, and He only bestows blessings and never does harm, remaining always the same. We men, on the other hand, if we remain good through resembling God, are united to Him, but if we become evil through not resembling God, we are separated from Him. By living in holiness we cleave to God; but by becoming wicked we make Him our enemy. It is not that He grows angry with us in an arbitrary way, but it is our own sins that prevent God from shining within us and expose us to demons who torture us. And if through prayer and acts of compassion we gain release from our sins, this does not mean that we have won God over and made him to change, but that through our actions and our turning to the Divinity, we have cured our wickedness and so once more have enjoyment of God’s goodness. Thus to say that God turns away from the wicked is like saying that the sun hides itself from the blind.”

St. Anthony is essentially saying that God’s arms are always open to everyone. However, each human being decides, through his faith and deeds, whether they want to be in communion with God. The spiritual fire is this lack of communion with God. Remember, God is the source of Life, Love, Peace, Joy, you name it… He is the source of all good things. And this communion starts here on earth and continues in the afterlife. That is why it is said that we can live heaven on earth. Truly, all of us can start living heaven on earth as the Kingdom of God is within us and we do feel this communion with God and the fruit of His Spirit. However, the opposite is also true. Some can live hell on earth, through their lack of communion with God. Typically, those people express often hatred, which is the lack of love—the lack of God, or express anger, which is the lack of peace, etc. There is already an absence of communion with God in their earthly lives. This is not how humans are meant to live. Humans are created to enjoy God’s presence for eternity. Let us start therefore enjoying the kingdom within us, here on earth, that we may find the fullness of our joy in heaven.