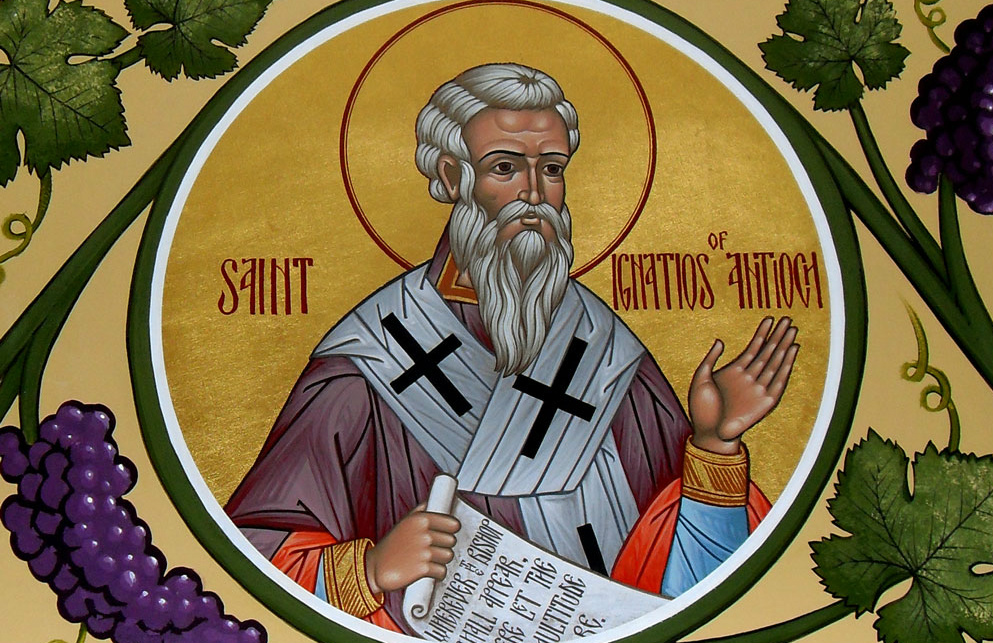 At the end of this article you will find a link to an Epistle by St Ignatius of Antioch to the Smyrnaeans (it’s a short Epistle that takes about 15 minutes to read).

Tradition asserts St Ignatius was a disciple of St John the Theologian (the writer of the 4th Gospel). He was born approx. 5 years after the resurrection of Christ in 35AD and died in 105AD at approximately 70 y/o. He was ordained Bishop of Antioch in the latter part of his life. As someone who learnt from St John, and was alive during the Apostolic era, we can learn allot from his writings, as they are in full accordance with Orthodox thought and give us a glimpse into the beliefs and structure of the Early Church.

In Chapter 7 for example he states the following: “They abstain from the Eucharist and from prayer, because they confess not the Eucharist to be the flesh of our Saviour Jesus Christ, which suffered for our sins, and which the Father, of His goodness, raised up again.”

Here we see clearly, that a direct successor of the Apostles clearly believed the Eucharist is indeed the Body and Blood of our Lord.

In Chapter 8 we read: “See that you all follow the bishop, even as Jesus Christ does the Father, and the presbytery as you would the apostles; and reverence the deacons, as being the institution of God. Let no man do anything connected with the Church without the bishop.”

Here we see that already by the end of the 1st century AD, the Church had a clear and solid structure of Bishops, Priests (Presbyters), and Deacons.

Why is this all important? Well many churches today outside of Orthodoxy, don’t believe that the Holy Eucharist is the Body and Blood of Christ. They also don’t believe in Church structure as described by St Ignatius. His writings are essential as they demonstrate that a disciple of an Apostle, and someone who lived in the Early Church that was founded by the Apostles, had a true and Orthodox understanding of the Eucharist and Church structure.

A Protestant who doesn’t agree with these teachings can be persuaded through the writings of St Ignatius, that by the end of the 1st Century AD, the Early Church already held basic Orthodox beliefs about the Eucharist and about Church hierarchy.

Also who would understand and interpret the Holy Scriptures more correctly? St Ignatius, a disciple of the Apostle John and also a member and Bishop of the Early Church, or a Protestant whose tradition only started at approximately the 16th Century AD?

This is why it’s absolutely essential we read the writings of the Early Church Fathers, as they help us know our faith, and also prove and demonstrate, what we believe today as Orthodox is exactly the same as that which the Early Church believed.

What a blessing to know that we belong to a Church that holds the same truths “from generation to generation” as handed down by our Lord Jesus to the Apostles and through them to the Church and to us as their children.

Hope you enjoy the Epistle found in this link: http://www.newadvent.org/fathers/0109.htm